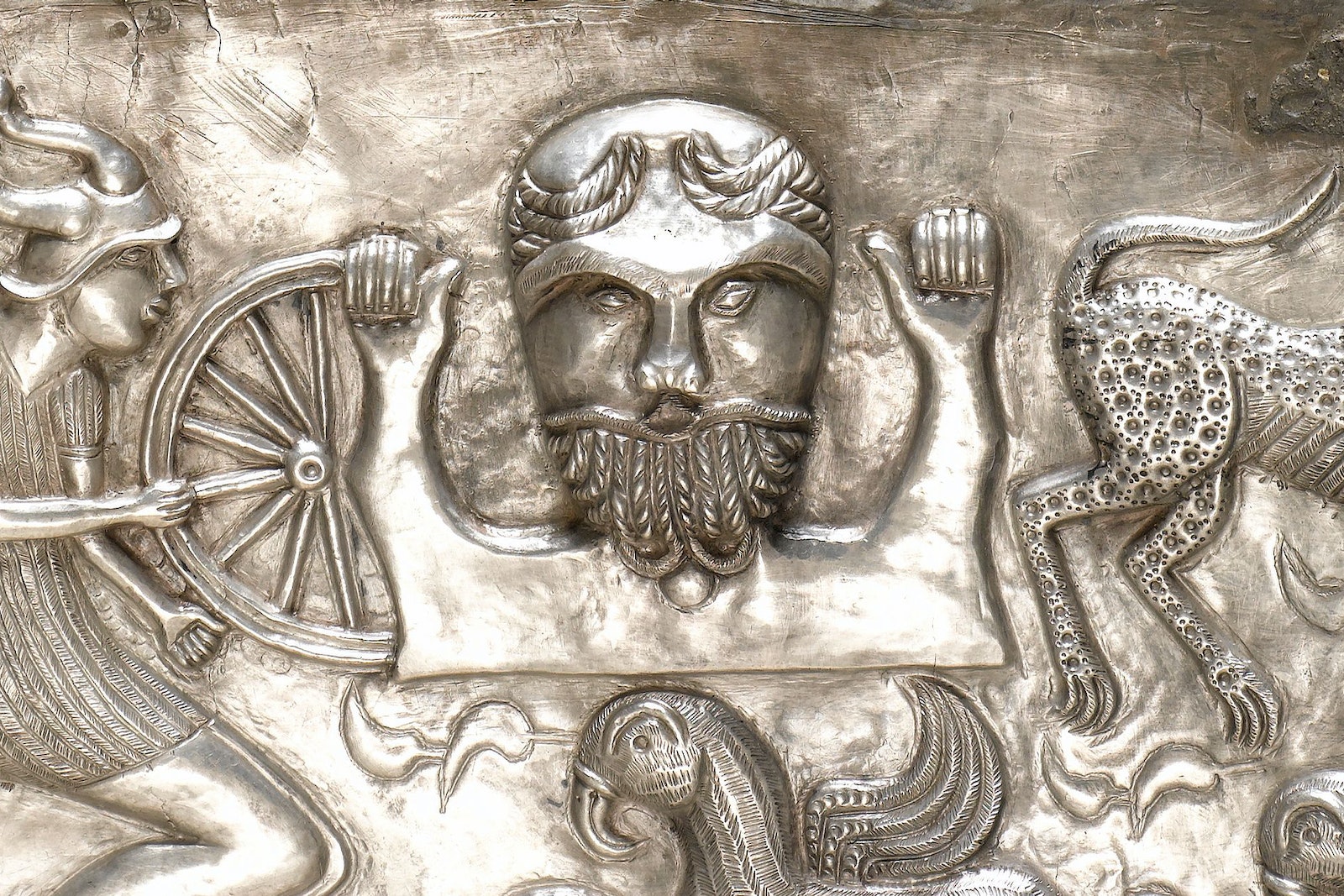 Taranis was the Thunderer, the pan-Celtic god of storms and thunder. Associated with bad weather and sacred wheels, he held an important role in many Celtic pantheons, yet little was known about him.

Taranis’ name literally meant “thunder,” appears to have been derived from the Proto-Celtic toranos, and is evidenced in several surviving Celtic languages. His name was similar to many Indo-European thunder gods. Because of his association with the sacred wheel, he was called a “wheel god.”

Taranis was a powerful deity, commanding the storms which terrified early man. He was a protector and leader of the gods and, according to the Romans, this made him worthy of human sacrifice. He formed a sacred triad with the gods, Esus and Toutatis, two other important Gaelic deities who were frequently found at sites bearing Taranis’ symbols.

Taranis wielded a powerful thunderbolt as a weapon, not unlike a spear, and his symbol was a wheel, one of the most sacred Celtic symbols found across Europe. The wheel represented mobility, one of the strengths of the ancient Celts, and may have represented just how quickly a storm could catch ancient humans unprepared.

Taranis was known to us primarily through the Romans, but also via his connection to other pantheons.

And those who pacify with blood accursed
Savage Teutates, Hesus’ horrid shrines,
And Taranis’ altars cruel as were those
Loved by Diana, goddess of the north
-Pharsalia, Book I, Lucan

Taranis was a Celtic god described in several Roman sources, including Pharsalia by the poet, Lucan, though this may have been a creative invocation. Sacred sites found around Europe illustrated his widespread worship (though no evidence of human sacrifice was directed at him), with statues or wheels located in Ireland, Britain, Gaul, Spain, and across the Rhineland and Danube areas of central and eastern Europe.

Taranis was known in Irish mythology as Tuireann, and played an important part in the story of Lugh, another pan-Celtic deity. He was also related to the Gaulish Ambisagrus. For the Romans, Taranis was associated with both Jupiter and the cyclops, Brontes, whose name similarly means “thunder.”

Taranis was popular in modern media, including: