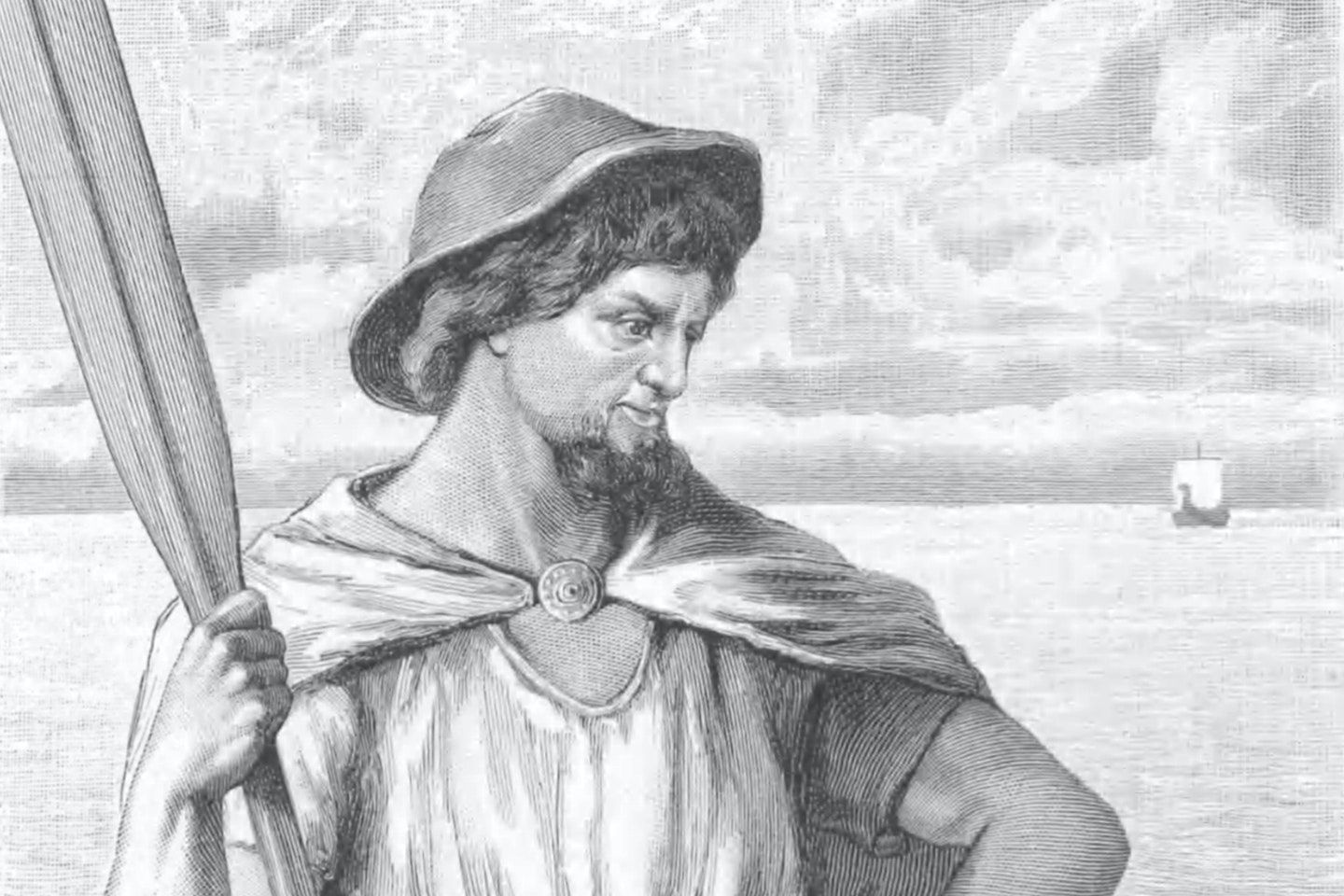 The Norse god of wind and waters, Njord was the patron of sailors and fishermen; he also brought wealth to the just and deserving. As patriarch of the Vanir deities, Njord led his tribe against the Aesir gods during the Aesir-Vanir War. He would later join the Aesir as part of a peace settlement. Unlike most deities, the mythological father of Freyr and Freya was fated to survive the cataclysmic destruction of Ragnarök and be reborn into the world.

Njord was a popular god among the Norse, and seafarers in particular. Those who worshiped him did so in hopes of receiving bounty from the seas. In Norway—the center of Njord’s worship—locals continued to offer him prayers well into the eighteenth century.

While the etymology of Njord remains unclear, one popular theory suggests it was rooted in the Proto Indo-European word *ner-, meaning “strong, vigorous, healthy.” In Old Norse, this word was the masculine equivalent to “Nerthus,” the name of a proto-Germanic goddess of peace. Some scholars have speculated that Nerthus evolved into Njord; others have suggested Nerthus’s traits were spread across a number of Vanir deities.

Befitting his status as god of wind and waters and master of fishermen’s fates, Njord lived by the sea. Some scholars hold that Njord lived above the sea, in a realm known as Nóatún (meaning “the place of boats”). Described at least once as being located in the heavens, Nóatún offered Njord an ideal perch from which to manage the elements and manipulate them to his liking.

Njord’s parentage remains murky, and it is unclear whether or not he even had parents; his existence may have simply been taken for granted. Njord married the jötunn Skadi, but their marriage was a loveless one and the two seldom saw each other. While Njord fathered two children—the beloved Freyr and Freya—their mother was Njord’s sister, rather than Skadi.

Hailing from Vanaheimr, the realm of the Vanir, Njord led his tribe against the Aesir in the Aesir-Vanir War. In the aftermath of the war, he was exchanged for Hoenir, an Aesir; the two were held hostage by their former enemies so as to prevent a future conflict. Eventually, Njord and his children became accepted and even admired by the Aesir; their friendship laid the foundation for a lasting peace.

#Njord and the Making of an Unhappy Marriage

Much of Njord’s surviving mythology concerned his tumultuous marriage to the jötunn Skadi. The Skáldskaparmál, a section of Snorri Sturlson’s Prose Edda, filled in the details of their meeting and marriage. Skadi’s father Thjazi was killed by Odin, Loki, Thor, and the other Aesir following the giant’s abduction of Idun. Enraged at this turn of events, Skadi armed herself and made for Asgard, intent on exacting revenge.

She halted her plans, however, when the gods “offered her reconciliation and atonement.”1 In exchange for ending her crusade, Skadi was promised a husband of her choosing. Each prospective mate was hidden behind a curtain, and the giant was asked to select her husband by examining their feet. Thinking she had located her top choice, Baldur, Skadi mistakenly selected Njord and the two were subsequently married.

#Njord and the Unhappy Marriage

Little went well for Njord and Skadi, who had been thrust together by the whims of fate. Almost immediately, they began to quarrel about where they would live. Skadi preferred the mountainous highlands of her father’s homeland, Thrymheimr, while Njord longed for the calm sea air of Nóatún. They eventually came to a compromise: Njord consented to live for nine days and nights in Thrymheimr, and Skadi agreed to spend the next three nights in Nóatún.

Upon completing their stays, both gods complained bitterly of their spouse’s living situations. Njord longed to leave the hills behind:

Loath were the hills to me, | I was not long in them, Nights only nine;
To me the wailing of | wolves seemed ill,
After the song of swans.

Skadi was equally ill-suited to the sea:

Sleep could I never | on the sea-beds,
For the wailing of waterfowl;
He wakens me, | who comes from the deep—
The sea-mew every morn.2

When their trial period ended, Skadi left to live for the mountains and wolves of Thrymheimr, where she hunted and hiked for the rest of her days. Njord, meanwhile, remained in Nóatún to keep watch over the seas and those who traveled them. It was during this period of solitude that Njord sired children with his sister.

According to the Vafþrúðnismál of the Poetic Edda, Njord was fated to survive Ragnarök and return once again to the Vanir:

In the home of the Wanes | did the wise ones create him,
And gave him as pledge to the gods;
At the fall of the world | shall he fare once more
Home to the Wanes so wise.3

While Njord has seldom featured in popular culture, he has appeared in the New Zealand television series The Almighty Johnsons. Despite his lacking international presence, Njord still retains some degree of influence in Scandinavia. His name is still used to identify various Scandinavian locales, and the word Njarðarvöttr (“sponge”), literally translates as “Njord’s glove.”