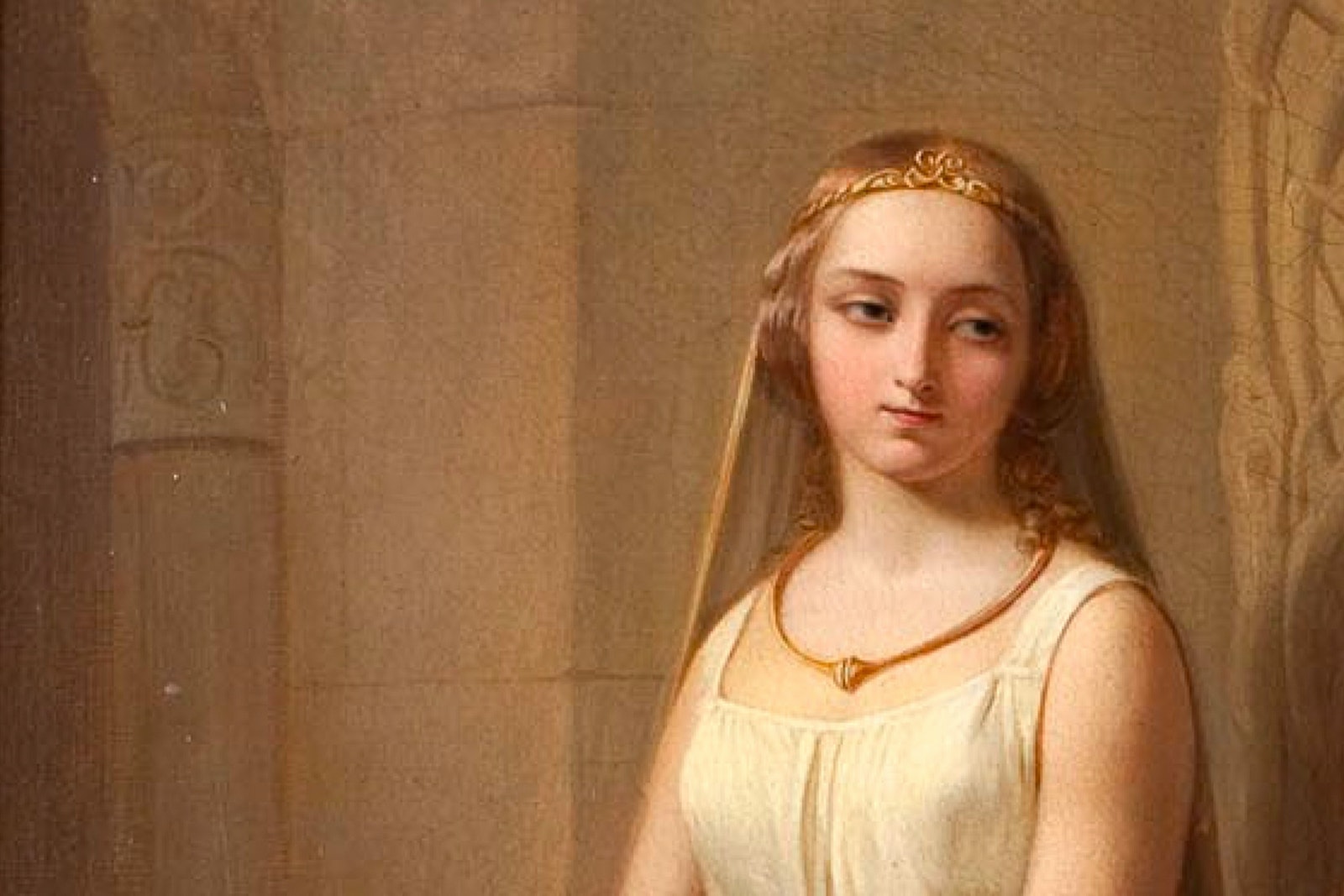 Lovely and enchanting Idun was a Norse goddess of youthfulness and fertility. She held a key role in the Norse mythos, rejuvenating the gods by giving them magical apples that reversed the effects of aging. She carried her apples in a box made of ash called an eski—along with her fruit, this box served as one of her major symbols. She was married to Bragi, a skald (bard/poet) who narrated sections of the Lokasenna, of the Poetic Edda, and the Skáldskaparmál of the Prose Edda. The tale of Idun’s abduction remains one of the most famous in Norse mythology.

Derived from Old Norse, the word “Idun” meant something like “the young one,” or “the rejuvenator.”

Idun held the power to grant eternal youth and prevent old age. Her magical apples imparted the gift of youth unto those who ate them. Whenever the Norse gods began to feel the effects of aging, Idun would rejuvenate them with her apples.

Idun was married to Bragi, the skald who served as the court poet of Asgard. Idun’s familial connections outside of her marriage remain unknown.

Idun’s mythic tradition resides almost exclusively in the tale of her abduction by the shapeshifting giant Thjazi. One day, Odin, Hoenir, and Loki went journeying in the mountainous regions of Asgard. When the hungry travelers happened upon a herd of oxen, they slaughtered one and attempted to cook it. Every time they tried, however, a talking eagle used magic to prevent the fire from heating the juicy meat. The bird told the gods that if it did not receive its own portion, no one would eat. The gods agreed to share their meal, and the bird flew down to join them.

When the eagle came close enough to touch, Loki seized a branch and attempted to strike it. Loki was too slow, however, and the bird seized the branch (which Loki was still holding onto) in its talons and flew away. When Loki begged for release, the eagle revealed itself to be the giant Thjazi and demanded that Idun and her magical apples be brought to him. Loki agreed to retrieve her, and the giant-turned-eagle returned him safely to the ground.

When Loki returned home, he lured Idun into a dark forest by telling her it was the location of a rare and precious fruit. Instead of a fruit, however, Idun found Thjazi waiting in his eagle form. The giant seized the young goddess and flew away with her to his home in Jotunheimr.

Without the restorative powers of the apples, the Norse gods withered and grew old: “But the Æsir became straitened at the disappearance of Idunn, and speedily they became hoary and old,” the Skáldskaparmál reads.1 Loki was the last god to be seen with Idun, and the gods began to question and threaten him for information. As their threats escalated, Loki told them that if they released him and lent him Freya’s falcon cloak, he would fly away and return with the abducted goddess.

With cloak in hand, Loki flew to Jotunheimr where he found Idun alone in Thjazi’s hall. He transformed her into the shape of a nut and flew away with her. Thjazi quickly discovered Loki’s deception, and pursued the fleeing gods to the gates of Asgard. When the other gods saw Loki returning, they built a massive fire that reached into the heavens. Loki veered away from the fire at the last moment, but Thjazi was not so lucky. The giant eagle hurtled into the inferno before crashing into the ground as little more than a burning husk. “Then the Æsir were near at hand and slew Thjazi the giant within the Gate of the Æsir, and that slaying is exceeding famous.”2

Idun has remained relevant well into the modern era, and has been referenced in a number of cultural and scientific works. The Idunn Mons, a volcano on the planet Venus, was named for the Norse goddess. Idun, a popular Swedish magazine published from 1887 to 1963, featured the goddess and her apples on its logo. The video game God of War (2018) also referenced the goddess via collectible items called “Apples of Idun,” which grant the player a permanent health boost.