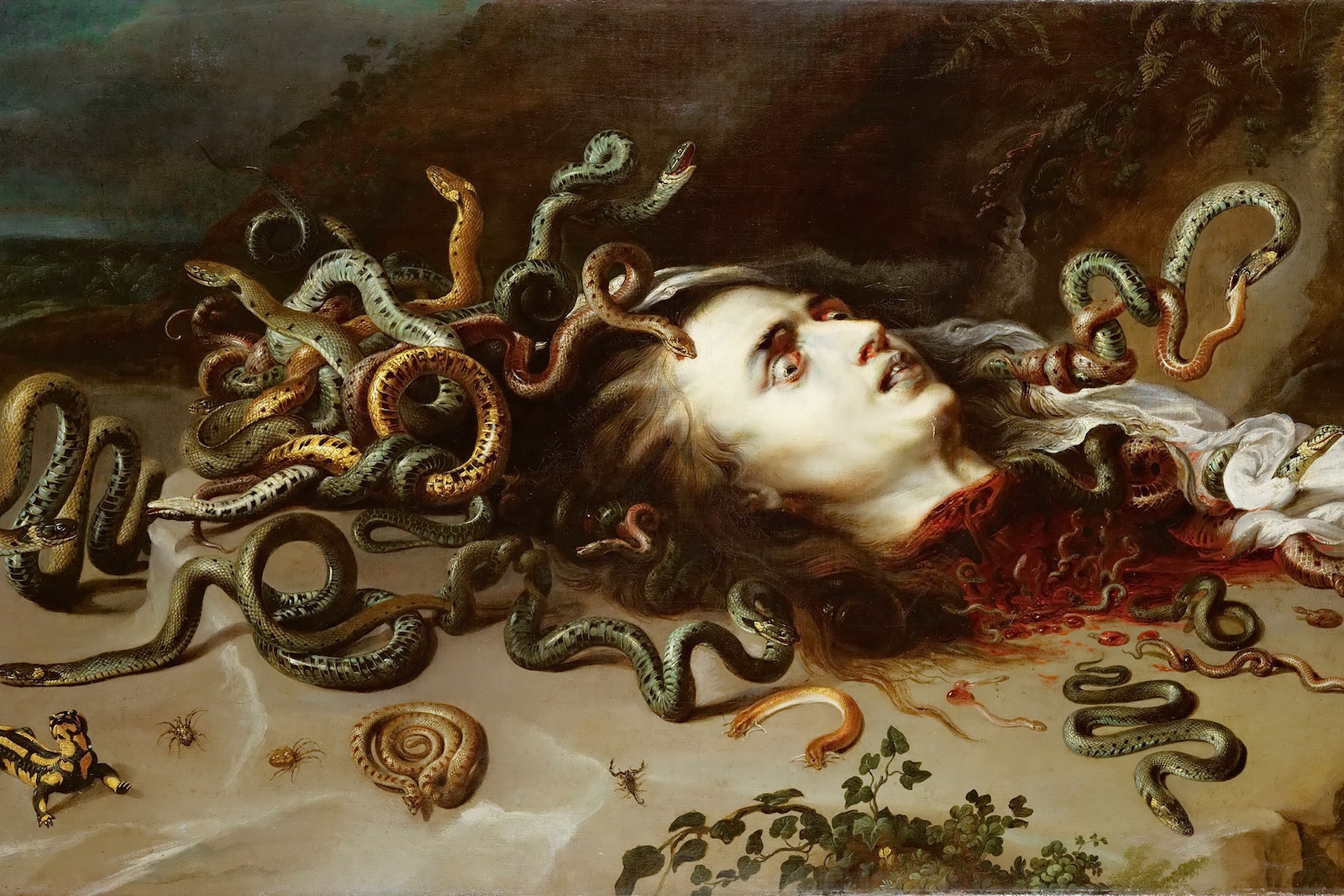 Greek mythology is full of fantastic and terrifying creatures, many of whom were born at the dawn of creation. The one-eyed Cyclopes and the Hecatoncheires (“Hundred-Handers”), for example, were offspring of Gaia, the primordial earth deity. But there were countless other creatures in Greek mythology, diverse in appearance and abilities.

These creatures were often enemies of the gods and heroes. They represented a class of “chthonic” gods associated with death, darkness, and the earth—the antithesis of the Olympians, who stood for life, light, and the heavens.

Because of this, many of these creatures were killed by either the Olympians themselves or by the heroic mortals they championed. Typhoeus, for example, was killed by Zeus; Python by Apollo; Medusa by Perseus. Heracles was especially notable among the Greek heroes for his monster-slaying prowess, which cleared the path for the beginnings of civilization.